How are women impacted by war?  Why should they be involved in peace and security decision-making? What roles should they play?

Study and Action Partner Ma. Victoria “Mavic” Cabrera-Balleza is the Founder and International Coordinator of the Global Network of Women Peacebuilders (GNWP). Mavic initiated the Philippine national action planning process on the UN Security Council Resolution (UNSCR) 1325 on Women, Peace and Security (WPS). She also served as the international consultant to Nepal’s National Action Plan; has provided technical support in 1325 national action planning in Guatemala, Japan and South Sudan; and facilitated costing and budgeting workshops of 1325 national action plans in Georgia and Jordan. She pioneered the Localization of UNSCR 1325 and 1820 program that is regarded as a best practice example and is now implemented in 11 countries.  You can read Mavic’s complete bio here.

In preparation for this discussion watch the featured video (above), read the corresponding sections of AGSS, and review the additional resources provided below.  (Total 60 min)

The role of women in peace and security has not been given appropriate attention. Take, for example, treaties and peace agreements that are most commonly negotiated and signed in a male-dominated context, by state and non-state armed actors. This context utterly misses the reality on the ground.  Women share a vision of societies rooted in social justice, equality and everyday experience; are disproportionately impacted by war; are an important source of practical experience about life in a war zone; and typically better understand on-the-ground realities.  When women are excluded from peace processes, the experiences, knowledge, and needs of half of the population are lost before a  community or country’s efforts to rebuild have even begun.

“Gender inequality is one of the drivers of conflict. And unless, and until that is fully and adequately addressed, all our efforts in peacebuilding, in peacemaking, and peacekeeping, will be ineffective” – Mavic Cabrera-Balleza

Strategies to pursue in achieving a gender-sensitive approach to peace and security:

In preparation for this discussion read the corresponding sections of AGSS, watch excerpts of the video below featuring Ray Acheson, and review the readings found under additional resources.

Violence against women is and always has been integral to war and all armed conflict. It pervades all forms of militarism.  It is not a random aberration.  The linkages are so strong that peace educator Betty Reardon argues it is likely to endure so long as the institution of war is a legally sanctioned instrument of state; so long as arms are the means to political, economic or ideological ends.  A masculine bias exists in peace and security decision-making that limits diverse perspectives and narrows the repertoire of conflict resolution strategies that might be used.  Reardon further argues that the present system of militarized state security is an ever-present threat to the human security of women. This very real security threat will continue so long as states claim the right to engage in armed conflict as a means to the ends of the state; and so long as women are without adequate political power to assure their human rights.  Their concerns – the impacts war has upon them – is not discussed.  The following questions explore the endemic nature of patriarchy within the war system and the accompanying violence perpetuated against women.

Ray Acheson is the Director of Reaching Critical Will, the disarmament programme of the Women’s International League for Peace and Freedom (WILPF), the oldest women’s peace organization in the world. She provides analysis, research, and advocacy across a range of disarmament and arms control issues. Ray leads WILPF’s work on stigmatizing war and violence, including by campaigning for a nuclear weapon ban treaty and challenging the arms trade and the use of explosive weapons and armed drones. 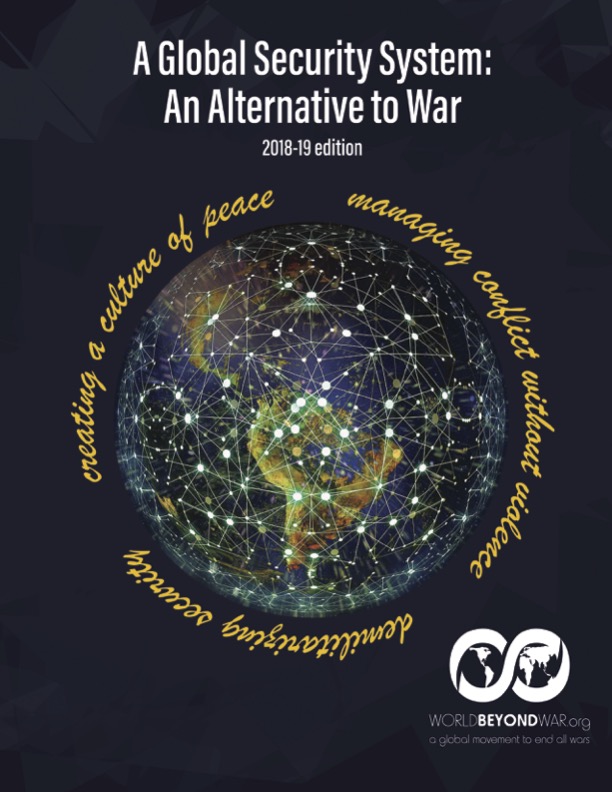